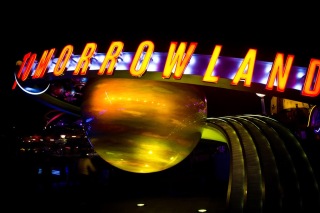 Recently I was asked to appear on my local Fox affiliate, Fox 13 to appear on their weekly lifestyle show, “The Place”. They wanted me to talk about my top 10 favorite gadgets of 2015. I agreed to take on the challenge, which really wasn’t a challenge since I already own most of them! You can see some of my reviews over on Youtube.com/TheSocialGeek (where I’ll post more in the future as well). If you’re coming from seeing me on TV, welcome! Introduce yourself in the comments and share with your friends!

2015 was filled with many pivotal moments in “the future”. It is 2015 after all – you know, the year when Marty McFly meets his future children as he travels to the world decades away, one we sat in amazement when we saw it in the 80s. We are in a world now of self driving cars, drones, hoverboards (just not the same as Marty’s!), and houses you can talk to! For an idea of where we’re headed, check out my predictions around “The Entirely Contextual, Peer-to-Peer, Self-Aware Future of Technology”.

I wanted to pick my 10 favorite items that matched this future. Most of them I own! Many of them you may not even realize exist, or realize their potential, but the future is evident in all of them. Here are my picks for 2015, all released (in some form) this year – let’s make this a new tradition! Click the links on each to find out where you can buy them:

So there you have it – one gadget at a time we are getting closer to the future of Marty McFly and Doc. I love these gadgets, and they have definitely gotten my attention in 2015! What gadgets have you loved and what might I have missed? Share with me in the comments!