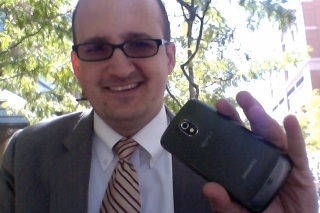 I’ve written a few times on this blog about my trials with Android and dissatisfaction with devices under Google’s operating system. The fact is, lack of consistent experience because Google doesn’t own the experience, means they will likely never have a leg-up on the experience iOS gives users, considering Apple controls and owns the entire experience in their OS. Google proved me only partly wrong in this though, with their latest release of Jellybean and the Galaxy Nexus, yet I still find myself missing my iPhone. I’ll explain.

At Google’s recent developer conference at Google I/O I was given a Galaxy Nexus to try and play with as my device. I’ve been using this as my primary device since around May, and for the first time ever, I find myself actually enjoying the Android experience. The voice controls are solid. I love the animated background and the new widget layouts. Google Play predicts my travel and tells me how long it takes to get to where I’m going, when I’m going, without me ever needing to ask. Gmail is seamless and provides an experience that I just can’t get on iOS. Google Calendar and other Google products work seamlessly. The battery actually lasts this time.

Yet I still find myself missing my iPhone. The thing is, it doesn’t matter how many cool features and integrated components Google adds to the Android experience. Because Google doesn’t own the phone – even on their stock experiences such as the Galaxy Nexus – they can’t control the full experience of the user. On my Galaxy Nexus, which is supposed to be the stock Google experience, I find the camera to be sub-par. It takes about 5 extra steps just to make a phone call. The phone gets triggered on every time I put it in my pocket, occasionally pocket-dialing people.

Then there are the apps. Google doesn’t monitor their Google Play app store like Apple does with theirs. Google doesn’t provide stock controls like sliders, scroll buttons, etc. to developers like Apple does, so app experiences aren’t consistent. As a result, I’m finding apps to be much more buggy than their Apple counterparts. I find apps crash a lot more in Android than they do iOS. In some cases the apps are available for other Android phones, but not my Galaxy Nexus. On Apple, almost always, apps are always available for every Apple iOS device. Until Google controls both the hardware and app store experiences, they simply won’t be able to compete with the experience Apple provides.

I think that’s okay to Google though. Google will always have the masses, very similar to the approach Microsoft took in the Desktop market (until Microsoft figures out the mobile market and competes with Google). They will always be sub-par to Apple I’m afraid, unless they can solve the problems I mention above.

Do I love Android? I still do! It’s a beautiful OS. It does some things much better than iOS. For an overall experience that will save me the most time though, I’m still looking forward to my iPhone 5 shipping tomorrow, and I will likely use it as my primary phone moving forward. If this ever changes you can bet I’ll be the first to write about it and tell you right here. As a lover of technology, it’s great to see the competition! I just hope Google can take this as feedback.

What do you think?

One thought on “Android is Finally "Enough", but I Still Miss My iPhone”