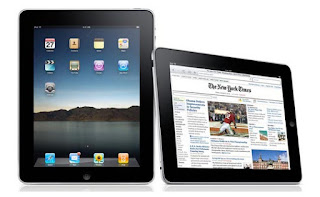 Last year I mentioned I was torn on the need for the iPad, but that it could very well be a “context-aware monitor that I can take anywhere.” I’m rethinking that now though. I go to work, I have a 27″ Cinema Display. I come home, I have TV screens in every room, and a computer monitor we attach our laptops to. When I present there is always a Projector available. I’m starting to wonder – why do I need another monitor?

So I find myself debating again, “Why do I need an iPad 2?” In fact, the most interesting part of today’s iPad 2 announcement wasn’t the iPad itself. It was the HDMI attachment cable and iOS 4.3 that allows you to connect that cable to almost any device from an iOS-compatible device. To me, that’s the powerful part of today’s announcement. Apple just made my iPhone an even more all-in-one device.

I have a couple questions to think about though:

So why should I get excited when Apple adds even one more device for me to carry around? The future is in ubiquity. Your phone will be your CPU. The monitors and displays around you will be their output. It’s evident, so why isn’t Apple focusing on this?

The first cell phone manufacturer to get this concept will win, if you ask me (assuming there really is a competition). The future isn’t in bigger and more powerful devices. The future is in more portable, simplistic devices that interoperate with everything around you. It’s in the living room experience. It’s in being able to take the same device that powers your living room experience to work with you. That’s the future of mobile computing. I really hope that’s where Apple is going with this, because if they don’t, I’ll switch to the first device that can reduce my need for both an iPad, a Laptop, and a mobile device. That is the next disruptor – will Apple do it?

In the meantime, I’ve got do decide: smaller laptop (Macbook Air?), bigger cell phone (Galaxy Tab?) – how can I take current technologies and reduce the weight I carry around in my backpack?

12 thoughts on “The iPhone is my All-in-One Device. Why do I Need an iPad?”